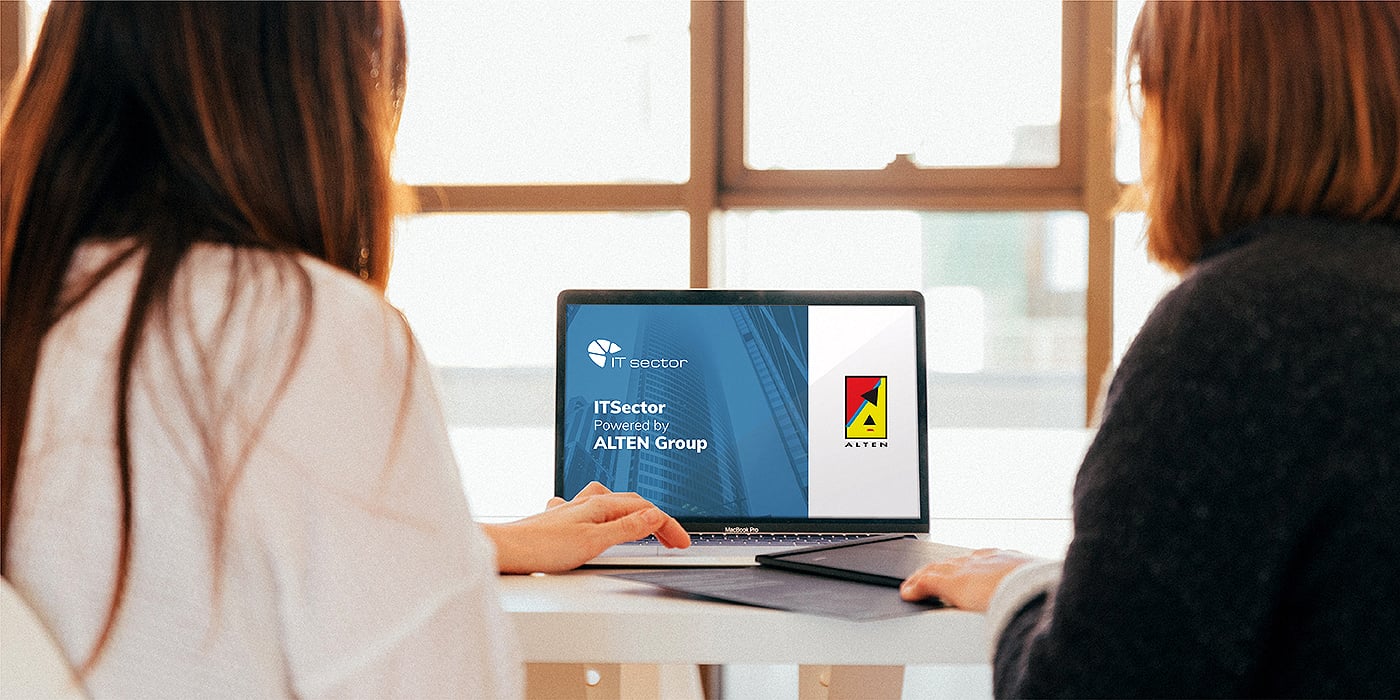 ITSector announces its acquisition by the ALTEN Group, a world leader in Consulting and Technological Engineering, which, with immediate effect, becomes the new sole shareholder of the national technology company.

The strategic acquisition, which was completed in December 2020, not only reinforces the presence of the ALTEN Group in the field of Information Technologies but also increases its skills and specialization in the financial sector. For ITSector, the acquisition represents business expansion and the promotion of knowledge in the markets where ALTEN operates.

This new cycle of ITSector begins after the Board of Directors has analyzed the go-to-market models that have been asserting themselves in the provision of competency-based services, mainly based in Portugal. Thus, in its benchmark process, some of the global companies with branches in Portugal were included. “Putting these variables into context, the Board of Directors and ITSector's shareholders identified a great potential in finding a strong and scaled partner in Europe and other continents”, explains Renato Oliveira, ITSector's CEO. "After a long process of evaluation and discussion with different potential partners, the mutual choice was ALTEN", he reveals.

Renato Oliveira will maintain his position as CEO of the Board of Directors, as well as the entire executive team of ITSector will not suffer any changes. Similarly, all employees will keep their jobs, and all processes and customers will remain intact. As for the brand and headquarters, they will also remain in Portugal and, as previously planned and announced last year, ITSector will move its facilities in the coming weeks to the brand new Porto Office Park building (POP).

Additionally, the Portuguese company highlights the vast set of opportunities and potential synergies that are now approaching, including the expansion of business and the growth of ITSector's knowledge regarding the digital transformation of the financial sector in the markets where ALTEN operates. There is also a great potential to maintain the pace of hiring and growth - in the last year alone, over a hundred hires were made - with the possibility of attracting talent in different geographies of the Group, promoting employee turnover and multiculturalism.

The inclusion of ITSector in a group with the dimension of ALTEN reinforces the sustainability of the accelerated growth model that has characterized ITSector in recent years. In the first half of 2020 alone, the company had a turnover of 13 million euros, an increase of 25% over the same period of the previous year. Also in 2020, it attracted clients in Portugal and several international geographies, particularly Canada, revealing its distinguished capacity to respond to pandemic circumstances.

For the future, it is safe to say that “ITSector will keep its DNA as an innovative company in the financial sector, directing its competencies to help banks and credit unions implement their digital transformations. More than ever, and with the pandemic effect, clients of financial institutions want to see their needs met without having to resort to physical contact, and benefit from simple, safe, and profile-oriented experiences”, underlines Renato Oliveira. “ITSector plans to gradually create and develop a virtuous articulation with the ALTEN Group in its 30 different geographies, strengthening domestic capacities in Portugal through the six development centers. We anticipate a natural evolution of ITSector towards a true European competence center, serving international clients in different continents, a capacity that has already been demonstrated in recent years, but now inserted in a global platform such as the ALTEN Group", concludes the CEO.

About the ALTEN Group

World leader in Consulting in the Technological area, the ALTEN Group conducts research and development projects for leading companies in all industrial, telecommunications, and services sectors worldwide. Created in 1988, it is listed on the Paris stock exchange and reached in 2019, a turnover of 2.6 billion euros, with a team of more than 37 thousand employees and physical presence in 32 countries. For more information, we invite you to visit the Group's website.

These Terms apply to all visitors, users and others who access or use the Service. By accessing or using the Service you agree and are bound by these Terms. If you disagree with any part of these terms, then you may not access the Service. Links to other websites. Our Service may contain links to third-party websites or services that are not owned or controlled by ITSector. ITSector has no control over, and assumes no responsibility or liability for the content, privacy policies, practices, or services of any third-party websites. You further acknowledge and agree that ITSector shall not be responsible or liable, directly, or indirectly, for any damage or loss caused or alleged to be caused by or in connection with use of or reliance on any such content, goods, or services available on or through any such websites or services. We strongly advise you to read the terms and conditions and privacy policies of any third-party websites or services that you visit.

Changes. We reserve the right, at our sole discretion, to modify or replace these Terms at any time. In the event of a material revision, we will attempt to provide at least 15 days’ notice prior to any new terms taking effect. What constitutes a material change will be determined at our sole discretion. By continuing to access or use our Service after those revisions become effective, you agree to be bound by the revised terms. If you do not agree to the new terms, please stop using the Service.